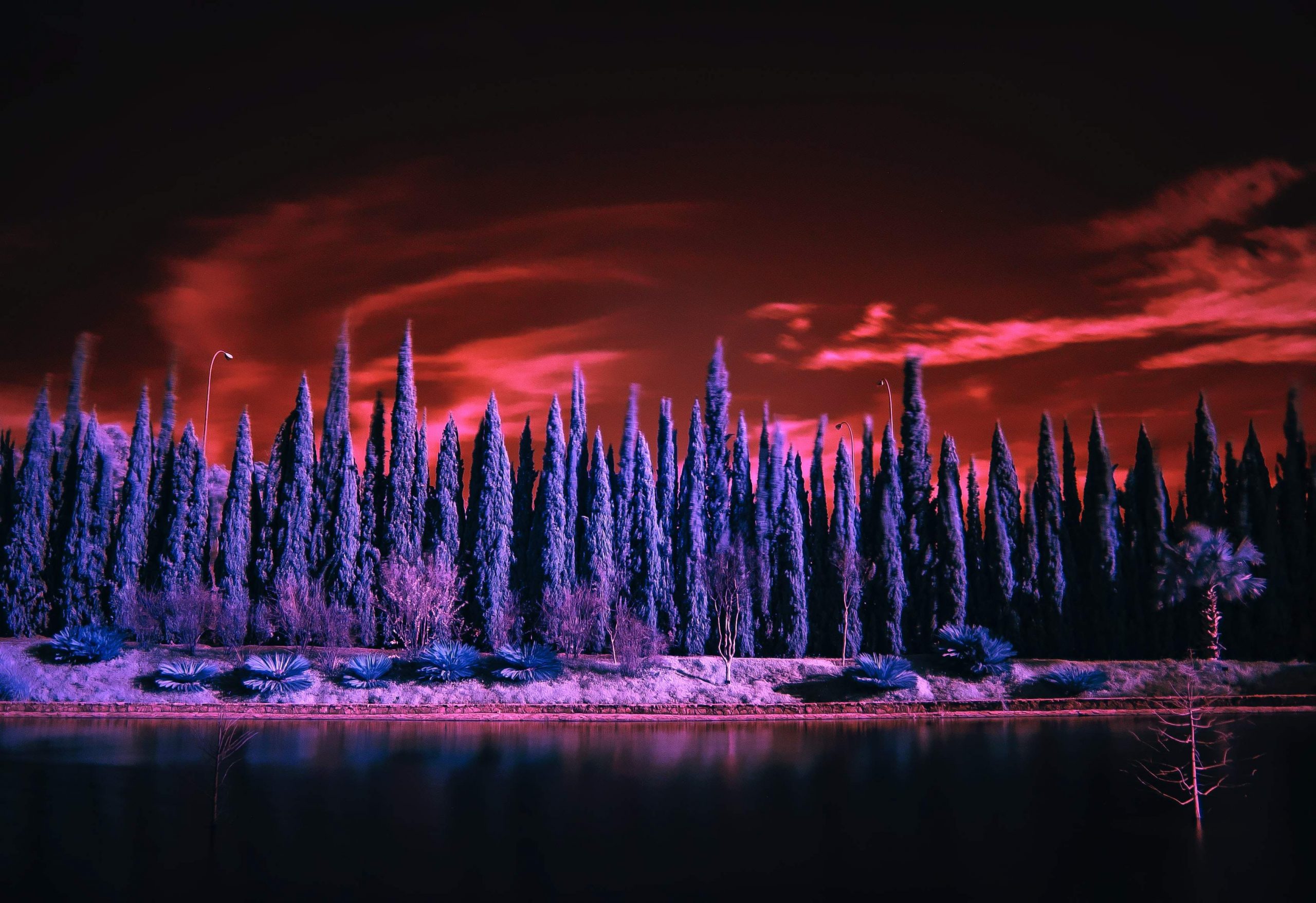 Video and article by Derrick Broze of The Conscious Resistance.
(Watch on Minds / Flote / Bitchute / Hive)

This message is for anyone who has concerns about the upcoming U.S. elections, the potential for chaos and civil unrest, or those who fear what a “second wave” of Covid-19 could mean for the future of humanity. If you have found this message on your own please share it with your friends and family. If someone you care about recommended you watch this, please do so with an open mind.

We are in the last few months of a tumultuous year and it appears there might be more unprecedented events on the way. As we near election 2020, it’s important to step back and analyze the potential plans of the Predator Class. Specifically, it’s important to understand a number of recent government simulations and exercises.

First, let’s look at the exercise known as Event 201.

One year ago, on October 18, 2019, the Bill and Melinda Gates Foundation partnered with the Johns Hopkins Center for Health Security and the World Economic Forum on a high-level pandemic exercise known as Event 201. Event 201 simulated how the world would respond to a fictional coronavirus pandemic known as CAPS which swept around the planet. The simulation imagined 65 million people dying, mass lock downs, quarantines, censorship of alternative viewpoints under the guise of fighting “disinformation,” and even floated the idea of arresting people who question the pandemic narrative.

Coincidentally, one of the players involved with Event 201 was Dr. Michael Ryan, the head of the World Health Organization’s team responsible for the international containment and treatment of COVID-19. Ryan has called for looking into families to find potentially sick individuals and isolate them from their families.

Due to the vast web of connections between Bill Gates and nearly every organization connected to the COVID-19 fight, a growing number of researchers are questioning the motivations of Gates and the other officials involved in the Event 201 exercise.

Another exercise known as Crimson Contagion simulated an outbreak of a respiratory virus originating from China. From August 13 to August 16, 2019, Trump’s Department of Health and Human Services (HHS), headed by Alex Azar, partnered with numerous national, state, and local organization for the exercise. According to the results of the October 2019 draft report, the spread of the novel avian influenza (H7N9) resulted in 110 million infected Americans, 7.7 million hospitalizations, and 586,000 deaths.

Another simulation known as Clade X took place on May 2018. This event examined the response to a pandemic resulting from the release of a fictional virus known as Clade X. In the simulation, the virus was released by a terror group called A Brighter Dawn. As the outbreak spread through the United States, the participants asked what would be needed if the President issued a federal quarantine, noting that authorities would need to “Determine (the) level of force authorized to maintain quarantine.” The Clade X exercise also resulted in the federal government nationalizing the healthcare system.

The leaders of these controversial pandemic simulations that took place before the Coronavirus crisis have longstanding connections to the U.S. Intelligence and the U.S. Department of Defense. Even more troubling is that key players in the exercises – specifically, Event 201 and Clade X – share a common history in another biowarfare simulation known as Dark Winter.

The Dark Winter exercise took place in June 2001, only months before the 9/11 attacks. This exercise took place at Andrews Air Force Base in Camp Springs, Maryland, and involved several Congressmen, a former CIA director, a former FBI director, government insiders and privileged members of the press. The exercise simulated the use of smallpox as a biological weapon against the American public.

During the Dark Winter exercise authorities attempt to stop the spread of “dangerous misinformation” and “unverified” cures, just like with the Event 201 simulation. Dark Winter further discusses the suppression and removal of civil liberties, such as the possibility of the President to invoke “The Insurrection Act”, which would allow the military to act as law enforcement upon request by a State governor, as well as the possibility of “martial rule.” The script says martial rule may “include, but are not limited to, prohibition of free assembly, national travel ban, quarantine of certain areas, suspension of the writ of habeas corpus [i.e. arrest without due process], and/or military trials in the event that the court system becomes dysfunctional.”

What is important to know is Dark Winter was largely written and designed by Tara O’Toole and Thomas Inglesby of the Johns Hopkins Center along with Randy Larsen and Mark DeMier of the Analytic Services (ANSER) Institute for Homeland Security. O’Toole, Inglesby, and Larsen were directly involved in the response to the alleged anthrax attacks which took place in the days after September 11, 2001. These individuals personally briefed Vice President Cheney on Dark Winter.

Coincidentally, Event 201 was co-hosted by the Johns Hopkins Center for Health Security, which is currently led by Dark Winter co-author Thomas Inglesby. Tara O’Toole was also a key player in the Clade X simulation.

The name for the exercise comes from a statement made by Robert Kadlec, a veteran of the George W. Bush administration and a former lobbyist for military intelligence/intelligence contractors. In the script, Kadlec states that the lack of smallpox vaccines for the U.S. populace means that “it could be a very dark winter for America.” Kadlec is now leading HHS’ Covid-19 response and was also involved in the Trump administration’s 2019 “Crimson Contagion” exercises.

Eerily, Kadlec’s statements in 2001 exercise were recently repeated nearly word for word by Richard Bright, former director of Biomedical Advanced Research and Development Authority. Bright was recently celebrated as a whistleblower who attempted to hold the Trump administration accountable during the COVID-19 battle. However, while speaking in front of Congress, Bright stated, “without clear planning and implementation of the steps that I and other experts have outlined, 2020 will be darkest winter in modern history.” Now, maybe Bright is simply a concerned scientist warning about the potential for more sick people, but his use of the phrase “darkest winter” is hard to ignore.

When hearing the statements from Kadlec and Bright we ought to consider the corporate media’s promotion of a potential “second wave” of COVID-19. Bill Gates and other influential pundits and health authorities have consistently warned about a second wave which was slated to arrive in the fall of 2020. As of mid-October 2020, reports are beginning to come in that “cases are on the rise”. This is what makes the statement from Richard Bright all the more concerning.

This leads us to a number of recent simulations of the 2020 U.S. election which have resulted in chaos and potential civil war. It would be easy to dismiss these exercises as politically driven fantasy if the people involved had not already publicly advised their candidate not to concede the election under any circumstances.

Most recently, media reports indicated the Transition Integrity Project (TIP) held a number of exercises simulating what might happen in the event Donald Trump loses the 2020 election, but refuses to leave office. The TIP itself is a secretive group made up of “Never Trump” neocon Republicans and Democrats associated with the Obama administration and Hillary Clinton.

The Boston Globe reported that the TIP met in June to simulate the 11-week period between Election Day on November 3rd and Inauguration Day on January 20, 2021. The exercises state that “Trump and his Republican allies used every apparatus of government — the Postal Service, state lawmakers, the Justice Department, federal agents, and the military — to hold onto power, and Democrats took to the courts and the streets to try to stop it.”

The TIP envisioned one scenario where Trump wins and Biden refuses to concede and instead asks for a recount and makes several demands, including to give statehood to Washington, DC and Puerto Rico, and divide California into 5 states. In the exercises Joe Biden is played by John Podesta, Hillary Clinton’s 2016 campaign manager and chief of staff to former President Bill Clinton. The simulations essentially end in a constitutional crisis where there is no clear President and the Supreme Court or possibly the military play a deciding role.

This unprecedented event could be disastrous for American life as it is likely activists from both sides of the vote would take to the streets to protest what they believe is a theft by their opponents. If you think protests and fights between extreme leftists and extreme right wingers are contentious, just wait until they both feel shafted during the presidential election. Those opposed to Trump will claim Biden won and Trump is attempting to steal the election and create a fascist dictatorship. The Trump supporters will say the Satanic Radical Leftist Democrats are attempting a coup to establish a Communist Police State. The result will be neighbor turning against neighbor, family members disowning one another, and some political activists may escalate their tactics from protests to violence.

Other groups were similarly engaged in “war games” that predicted complete chaos in the U.S. on election day as well as the imposition of martial law. This includes the “Operation Blackout” simulations conducted by the U.S.-Israeli company, Cybereason. That company has considerable ties to the U.S. and Israeli intelligence.

Operation Blackout involved hackers taking control of city buses around the U.S., crashing into voters waiting in line at polling stations, hacked traffic lights causing accidents, and the release of “deepfakes” to manipulate the public. The simulation resulted in the cancellation of the 2020 election and the imposition of martial law.

While Donald Trump continues to stoke the flames of division and uncertainty surrounding election 2020, the Establishment is also preparing for the possibility of martial law in response to this chaos. Meanwhile, the public is being prepped for a second wave of COVID-19 infections which could lead to the foreshadowed Darkest Winter. While we don’t care to instill fear we do encourage everyone to heed these warnings and be prepared for potential unrest in the days and weeks following the election.

In conclusion, I believe we may have a narrow window of time to inform our friends and family, and motivate them to prepare for what may be on the horizon. We can spend our time attempting to convince them of the lies of COVID-19. We can also try to educate them about the numerous exercises predicting chaos and civil unrest across the United States. As important as education is in the Information War; now might be the time to focus our energy on helping our families be prepared for what may come. Rather than attempting to convince them to see what you see or believe what you believe, perhaps we can simply help keep them safe until they can clearly see the writing on the wall.

Again, if you are hearing of these exercises and topics for the first time, please listen with an open mind. I want to emphasize that I do not write these words in hopes of inspiring fear or stress. In fact, I hope that this analysis can paint a clear enough picture of the grim reality we are facing so we may act! It is only by honestly facing our circumstances that we can hope to influence and change the path of humanity. This is a historic time to be alive and we have the opportunity to play a powerful role. It’s time to shake off the shackles and expose those who seek to hold us back for their own sick purposes. 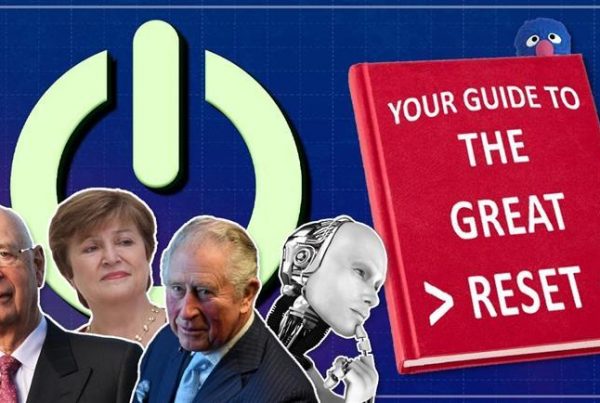 Your Guide to The Great Reset 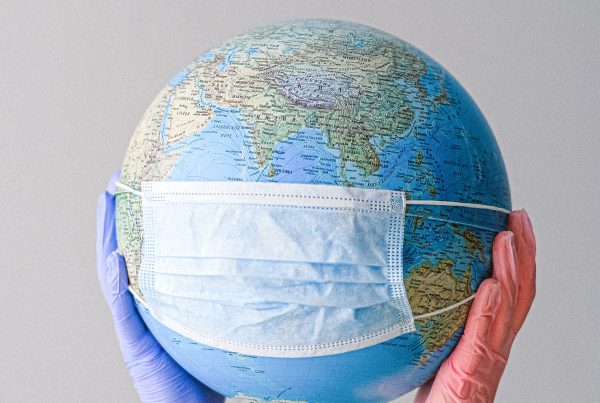 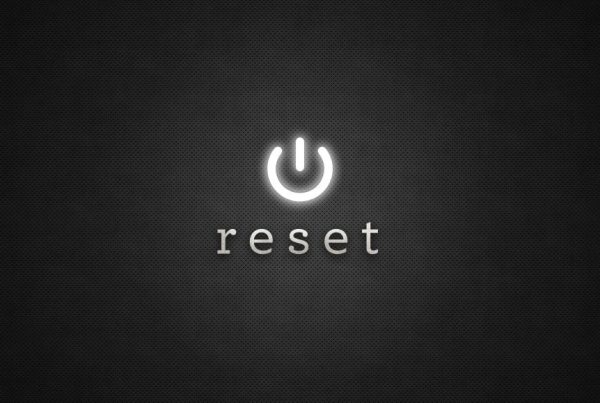 The Great Reset: Where Do We Go From Here?